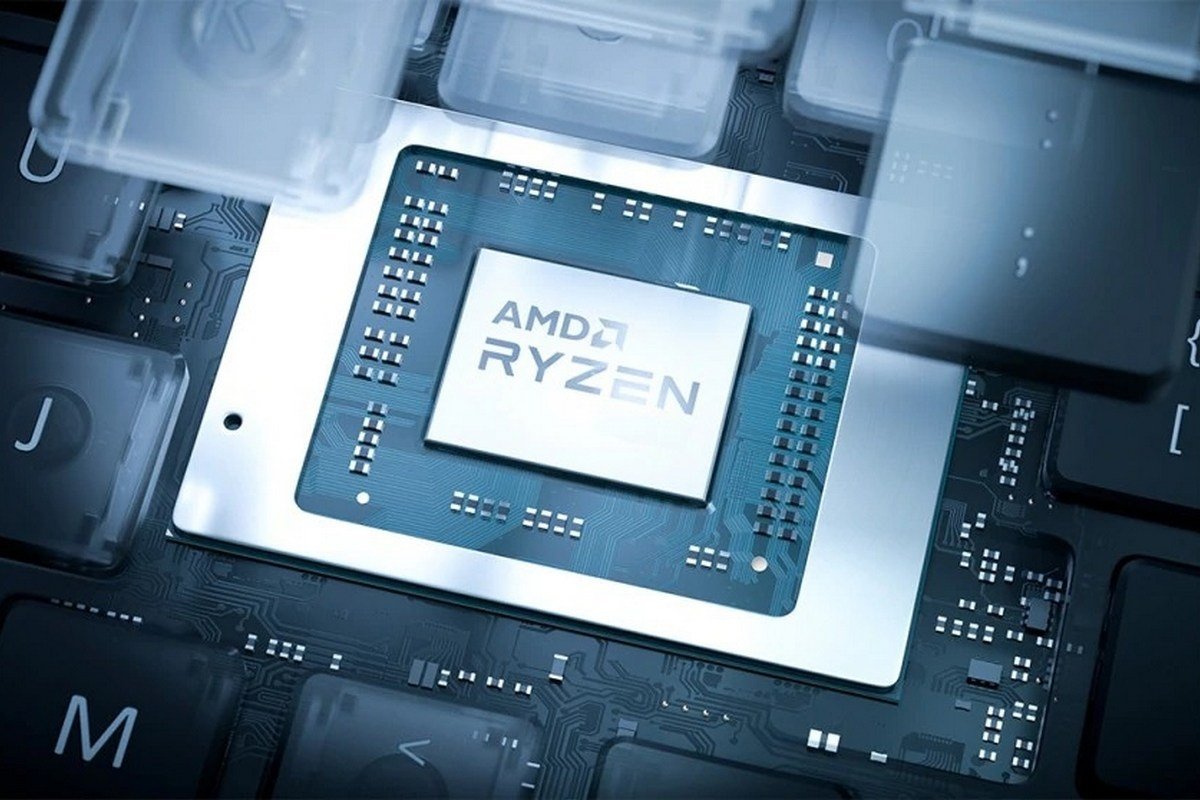 In May, insider MebiuW published a snippet of a slide, presumably taken from official AMD documentation, with plans to release new processors, which mentioned the mysterious family of 7nm desktop CPUs codenamed Warhol, named after American artist Andy Warhol. Now MebiuW has shared an extended version of this slide, where other AMD processors are mentioned along with Warhol. 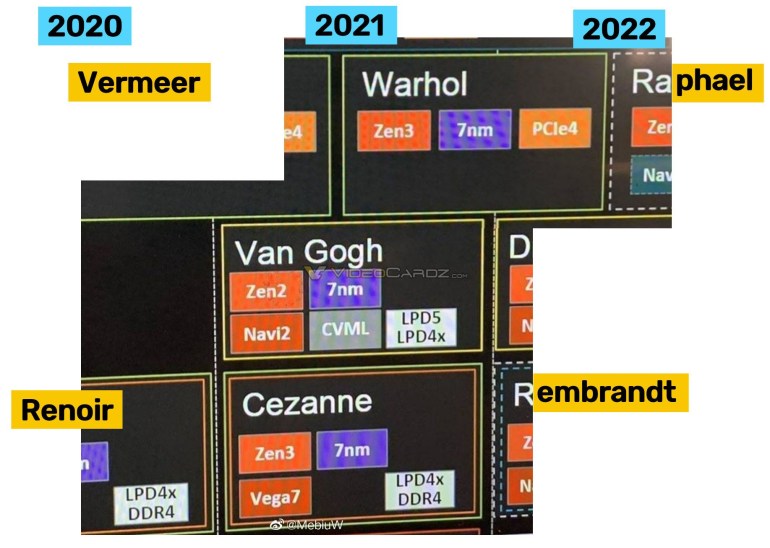 As you can see, AMD has three families of desktop and hybrid processors in its plans for next year: Warhol, Van Gogh and Cezanne.

Warhol chips will be released after the upcoming Vermeer (Ryzen 4000), scheduled for the end of this year, and will act as a kind of interim solution. They will be followed by the Raphael generation with the new AM5 connector, which is credited with the Zen 4 microarchitecture, support for DDR5 and USB 4. Now desktop chips in the main Ryzen line are devoid of an integrated video core, but on the slide in the Raphael block there is a Navi mark, so it is quite possible that this a generation, big changes await us.

In early 2021, the current Ryzen 4000 (Renoir) APUs will be replaced by the Ryzen 5000 (Cezanne), engineering samples of which are already being tested in AMD laboratories. As we recently learned, architecturally, this generation of hybrid chips will rely on the Zen 3 x86 cores and the Radeon Vega graphics module. They will be presented in mobile (U and H series) and desktop (Ryzen 5000G) versions – the latter will be released later (towards the end of summer 2021) and replace the current Ryzen 4000G models.

Cezanne will be launching energy-efficient APUs from Van Gogh with TDPs ranging from 7.5 to 18 W for ultra-thin laptops. The new data indicates that these APUs will receive x86 Zen 2 cores used in the company’s current generations of processors, and the latest Navi 2 graphics based on the RDNA 2 architecture. That is, the architecture bundle is the same as the custom chips for the next generation of PlayStation 5 consoles and Xbox Series X. Moreover, they will get a built-in controller LPDDR5supporting 6400 MHz memory. AMD’s energy-efficient Van Gogh hybrid chips will compete directly with Intel’s 9W Tiger Lake-Y and 15W Tiger Lake-U, which will be announced on September 2.

YOU CAN ALSO READ:  All for One: Spotify, Epic, Tile, Match, and More Calls on Developers to Stand Against Apple App Store Policy through Coalition for App Fairness

As for the more distant APU plans, Cezanne will be replaced by Rembrandt models in 2022, which will mark the arrival of the long-awaited Navi graphics on the RDNA architecture of the current generations, and the energy-efficient Van Gogh chips will receive successors in the form of chips codenamed Dragon Crest.