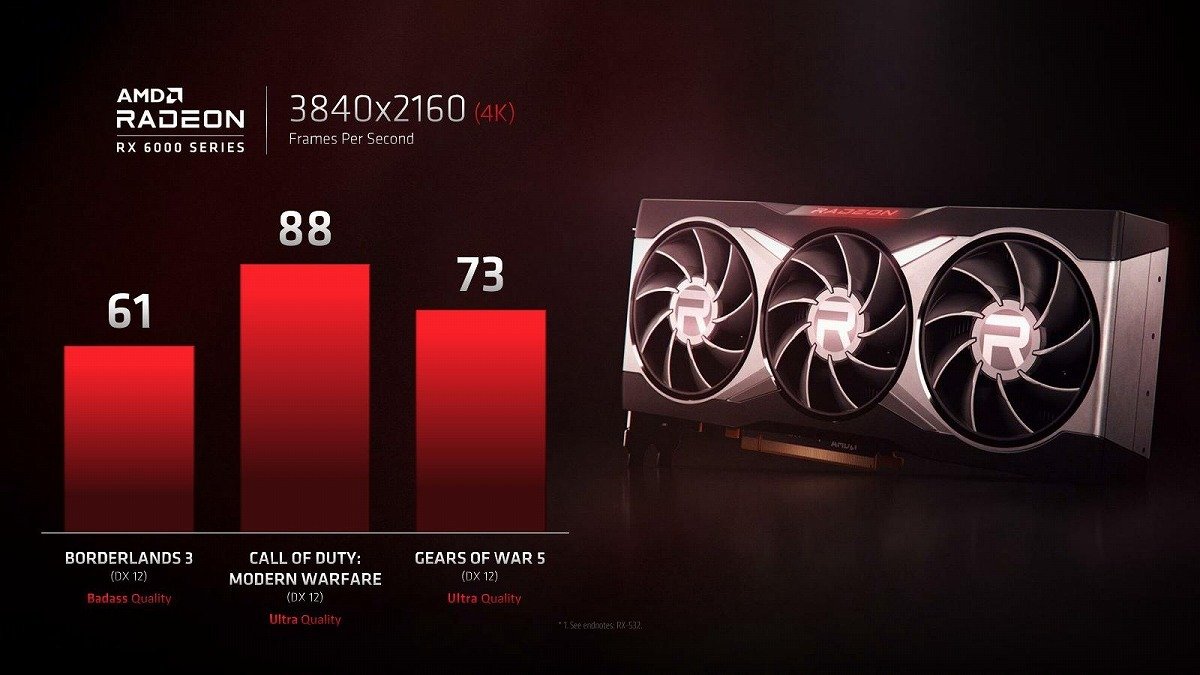 In addition to the fact that AMD today introduced new desktop processors, it also teased us a little with the upcoming graphics cards. The Radeon RX 6000 lineup will be unveiled on October 28, but company CEO Lisa Su showed off the flagship adapter.

We were not told the name, but it is likely a Radeon RX 6900 XT or RX 6950 XT. Also, curiously, we were given a few numbers that reveal the performance of the new product in games. It is by no means possible to draw full conclusions without specifics, but you can still look at several different tests of Nvidia cards in these games and try to at least outline an understanding of the situation.

In this case, we have three different sources. It’s still an indirect comparison, but at least something. Based on this data, AMD’s new flagship graphics card will perform at the RTX 3080 level, which is very cool. True, we do not know all the characteristics, prices, and other things, and it is still completely unclear what is there with the implementation of ray tracing in RDNA2, but now we can still hope for full-fledged competition in the top segment, which has not happened for a long time. It remains to wait until October 28 to find out the details and prices, and then the normal tests. And now you can’t buy an RTX 3080 for normal money, and, judging by the words of the head of Nvidia, the situation will not change until at least the beginning of next year. If AMD ensures the availability of new products, it could bite off a large chunk of the market.