As expected, after the lifting of the embargo on the publication of test results for AMD Radeon RX 6800 series video cards, the Internet was filled with dozens of reviews. The Videocardz resource has traditionally made a selection of such tests in different languages, and we will draw brief conclusions based on materials from the specialized Western press.

First, let’s refresh the memory of the Radeon RX 6800 and Radeon RX 6800 XT characteristics, comparing the new products with the adapters of the previous generation.

AMD Radeon RX 6800 XT tested on an Intel Core i9-10900K processor. The video card has been tested in a wide range of popular games, including new projects such as Watch Dogs: Legion and Assassin’s Creed Valhalla. It is noted that at a resolution of 1440p, most games’ novelty is ahead of the competing solution NVIDIA GeForce RTX 3080. The gap is usually measured in several frames per second, although it can reach tens of frames per second in some cases. But in some games like Fortnite, CS: GO, and Control, the NVIDIA GeForce RTX 3080 takes the lead. 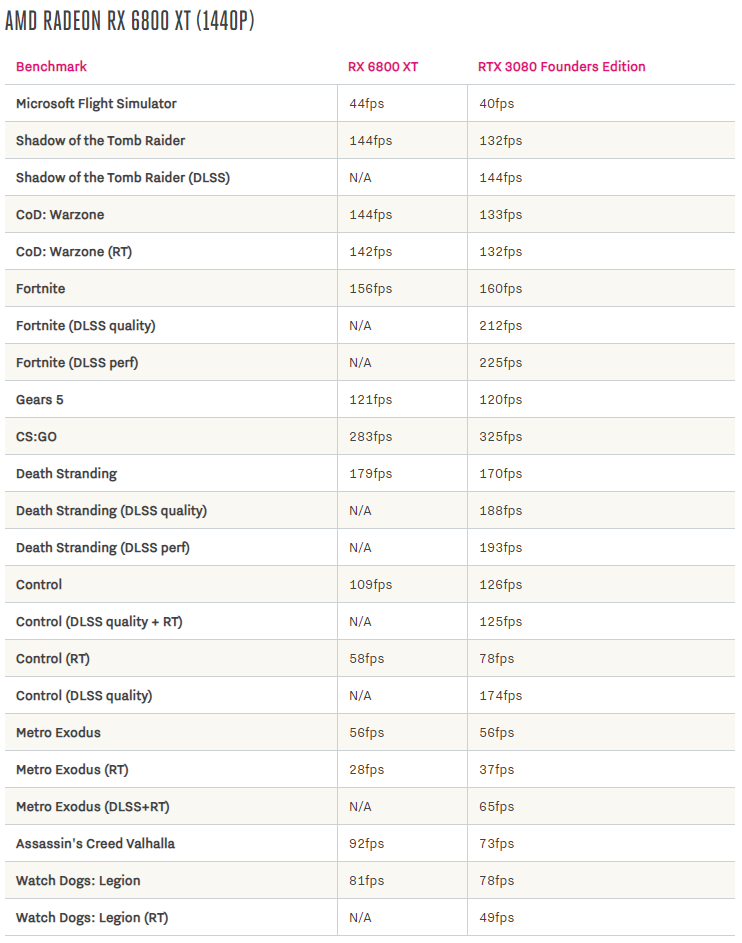 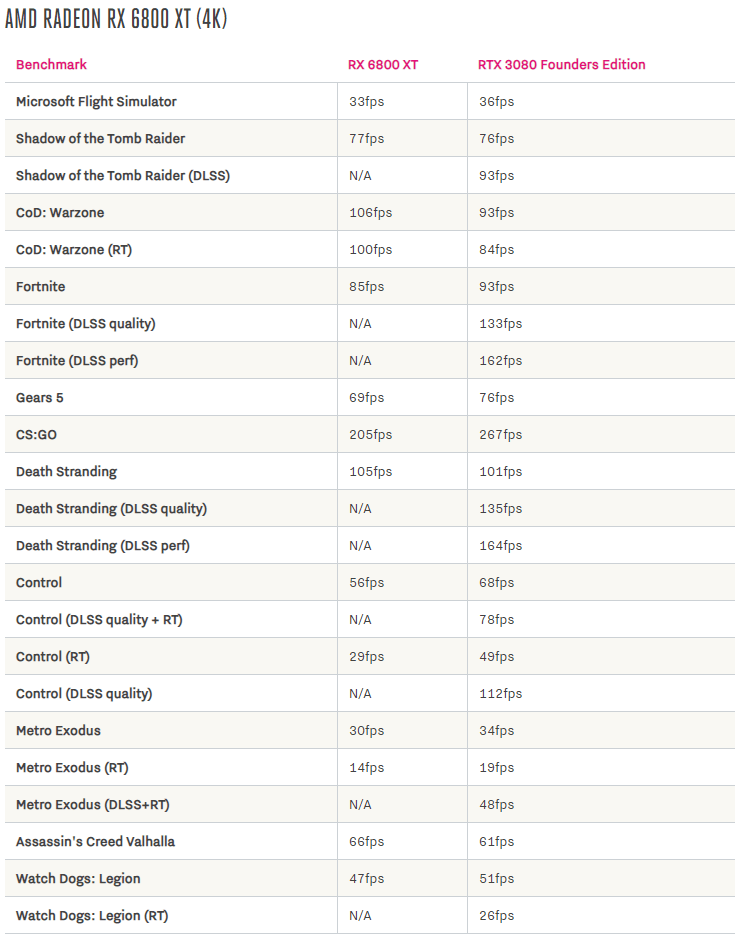 When the resolution is increased to 4K, the AMD Radeon RX 6800 XT video card is already losing its advantage in many games and is increasingly inferior to the competitor. In most games, the device can provide a comfortable frame rate of 60 frames per second and higher. At both resolutions, performance degrades noticeably when ray tracing is enabled. In general, we can conclude that the new AMD Radeon RX 6800 XT video card competes almost on equal terms with NVIDIA GeForce RTX 3080 with ray tracing disabled but lags when this technology is activated. AMD itself has called for the Radeon RX 6800 XT. The target resolution for ray tracing 1440p and 1080p.

As for the regular version of AMD Radeon RX 680, according to Hothardware, it is usually faster than competing models NVIDIA GeForce RTX 2080 Ti and GeForce RTX 3070. However, when ray tracing is activated, the new product’s advantage evaporates, and it is already slightly inferior to the above competitors.

Overall, the AMD Radeon RX 6800 series graphics cards perform slightly better or on par with their direct competitors with ray tracing disabled. But when DXR Ray Tracing is activated, the situation changes. At the same time, new items perform better in computing with workloads. And thanks to the larger memory (16 GB), they have a certain margin of safety (in traditional rasterization) for the future, when more resource-intensive games appear.