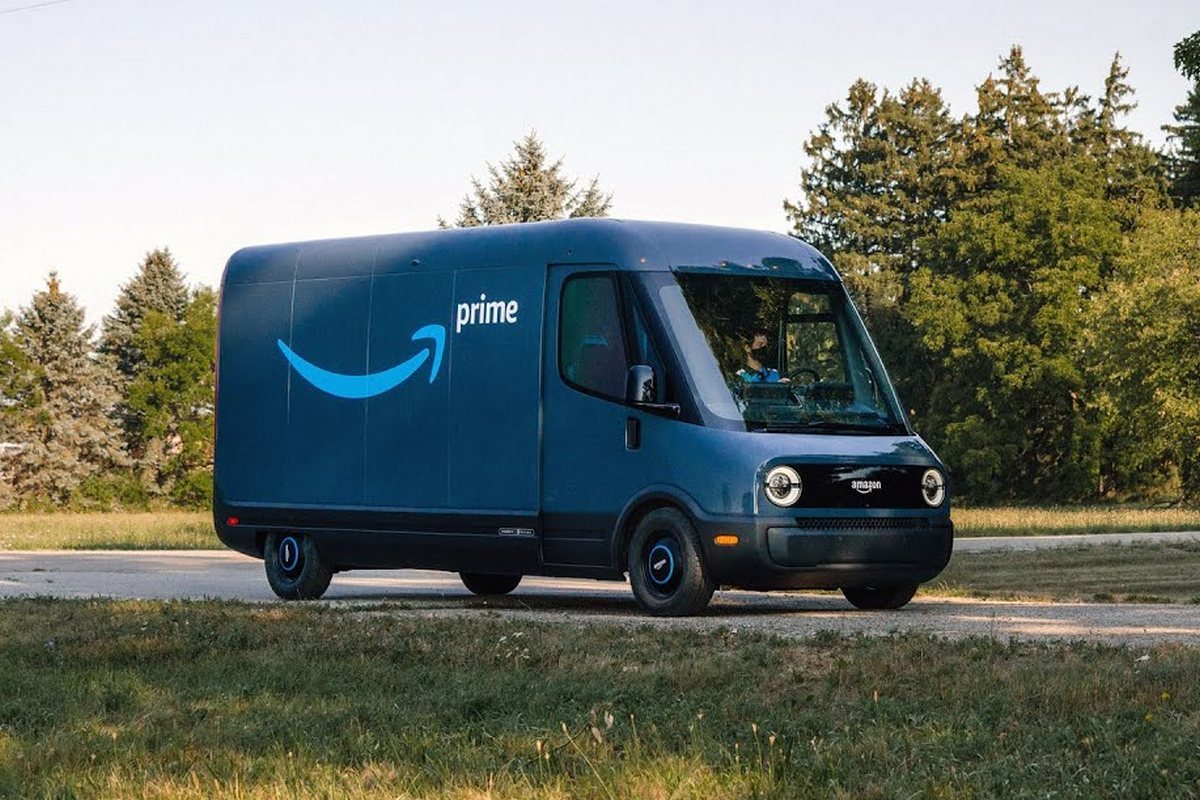 Exactly a year ago, the American Internet giant Amazon ordered 100 thousand electric vans for delivery of orders from the Rivian startup, and today for the first time spoke in sufficient detail about the first of three planned models. The company confirmed that by 2022 at least 10 thousand Amazon electric vans can be seen on the roads, and a full batch of 100 thousand units will be delivered by 2030.

During the development of the novelty, Rivian focused on the electric platform and exterior design, while Amazon optimized the interior and everything related to the comfort of the workspace, since it has collected more than enough statistics on this matter.

The Amazon by Rivian electric van has received a complete set of modern sensors for digital assistants while driving on highways and city roads. The huge windshield with increased visibility was supplemented with a set of cameras around the perimeter of the electric vehicle, which form a 360-degree picture for the driver on the internal display. Integration with the voice assistant Alexa allows you to receive up-to-date information, for example, about traffic jams and weather at the delivery address, without taking your hands off the wheel.

The body features a flat low floor, three levels of shelves and a convenient sliding door, which makes it easier for the driver to access loads. For greater safety in a busy urban schedule, the creators installed a huge U-shaped brake light, which occupies most of the perimeter of the rear of the van.

Unfortunately, the partners did not reveal the main technical characteristics of the van, including power, battery capacity and range, but these parameters will most likely be selected to meet specific delivery conditions.

Note that, as part of The Climate Pledge, Amazon has pledged to fully switch to environmentally friendly delivery vehicles by 2040. The company currently has hundreds of electric vehicles in its fleet worldwide, with 1,800 new electric vehicles in Europe and 10,000 in India by the end of this year.

Recall that this is not the first time that large companies have used electric vehicles for delivery – the German postal concern Deutsche Post independently produces electric cars of its own design, Streetscooter, and the British postal service Royal Mail and the American delivery service UPS are going to use the futuristic Arrival electric vans.

YOU CAN ALSO READ:  Apple has announced the One More Thing event on November 10: First ARM-based Macs on the way