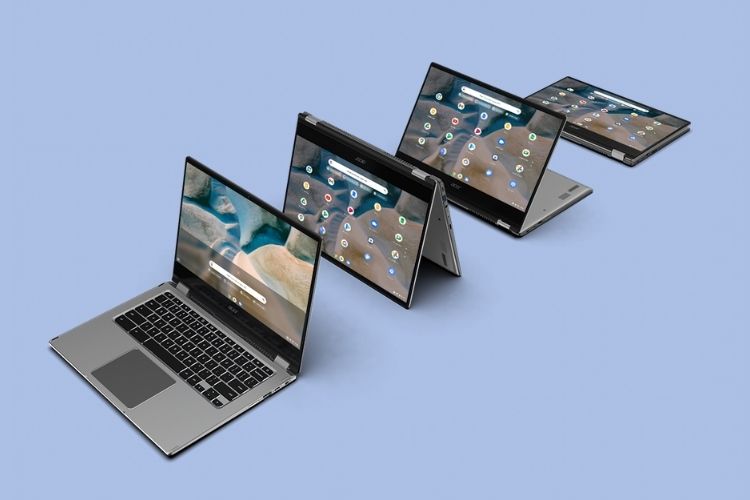 In anticipation of CES 2021, Acer has unveiled a new laptop called the Acer Chromebook Spin 514. Its key features include a metal case, MIL-STD 810H certification, and AMD Ryzen 3000 C-Series processors.

The devices are equipped with AMD Ryzen 7 3700C and Ryzen 5 3500C processors and integrated AMD Radeon Vega graphics. Laptops also got up to 16GB of DDR4 RAM and PCIe NVMe SSDs up to 256GB.

The screen has a diagonal of 14-inches, FHD resolution, and 6.1 mm bezels. There is also support for touch input and the ability to use a laptop as a tablet.

The Acer Chromebook Spin 514 received two USB Type-C ports, two USB Type-A ports, and a microSD slot. On top of all of the above, the devices support Wi-Fi 5, Bluetooth 5.0, and Google Assistant.

The novelty will go on sale in February for $480.