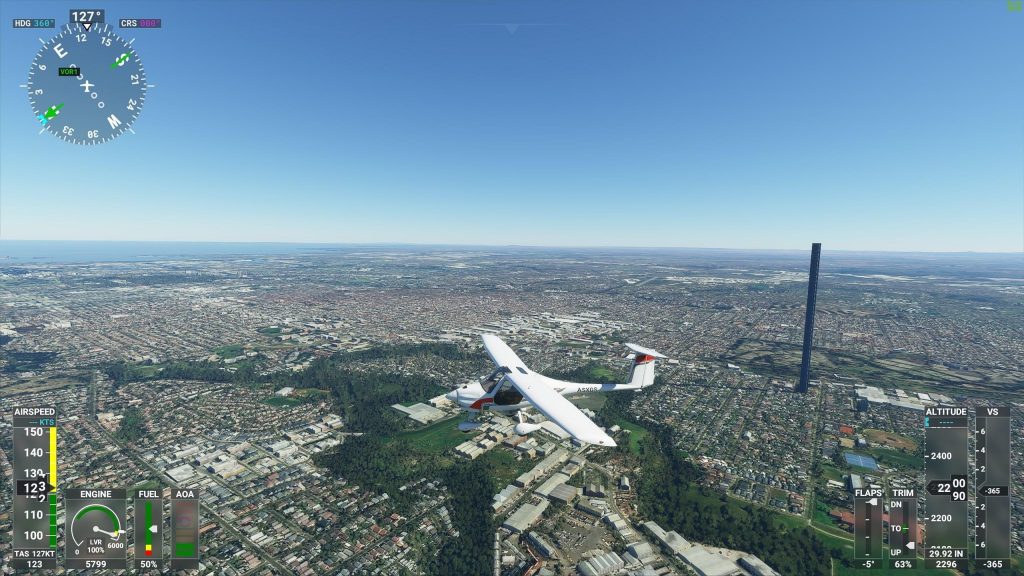 On August 18, the long-awaited release of the new civil aviation simulator Microsoft Flight Simulator took place, which instantly won the hearts of journalists and ordinary players, including an accurate recreation of the real scale and landscapes of the planet. But now the players have noticed a very funny incident in the game – a huge 212-story building in the suburbs of Melbourne, which in fact does not exist. This anomaly is the result of a common typo in the Open Street Maps that Microsoft Flight Simulator developers use to collect data along with their own Bing Maps.

In fact, student Nathan Wright is responsible for the emergence of this anomaly, which caused so much noise on social networks, who, as part of their thesis last year made an edit in cards OpenStreetMap, and accidentally turned a two-story building into a skyscraper. Wright wanted to enter “2”, but instead accidentally typed “212” in the floor count.

YOU CAN ALSO READ:  Video of the day: OSIRIS-REx takes soil from the near-Earth asteroid Bennu

In a conversation with The Verge, Wright admitted that it was then the first time he used OpenStreetMap in the framework and did not think that he would ever have to return to this university assignment. But now his university work has become widely known, especially in the Microsoft Flight Simulator community.

Interestingly, Nathan Wright’s bug (nathanwright120) was later fixed by another user, but it seems that by then the Microsoft Flight Simulator developers took the map data with an error. Flight Simulator uses Azure-based procedural generation technology combined with Bing Maps data to recreate virtual buildings.

This funny glitch in Microsoft Flight Simulator is actually far from the only one of its kind. By now players discovered that Buckingham Palace was turned into an office block, palm trees took on the appearance of structures similar to teeth, as well as trucks glued to a bridge in Portland.

This bizarre structure, which has been likened to the Citadel from Half-Life 2 on social media, is likely to disappear from Microsoft Flight Simulator soon, once Bing Maps pulls in the latest OpenStreetMap data from Australia, or if the developers fix the bug themselves. But for now, those who wish can still see this monument. YouTube even has a video tutorial showing how to land successfully on top.

YOU CAN ALSO READ:  SOFIA observatory detects water molecules on the visible side of the moon