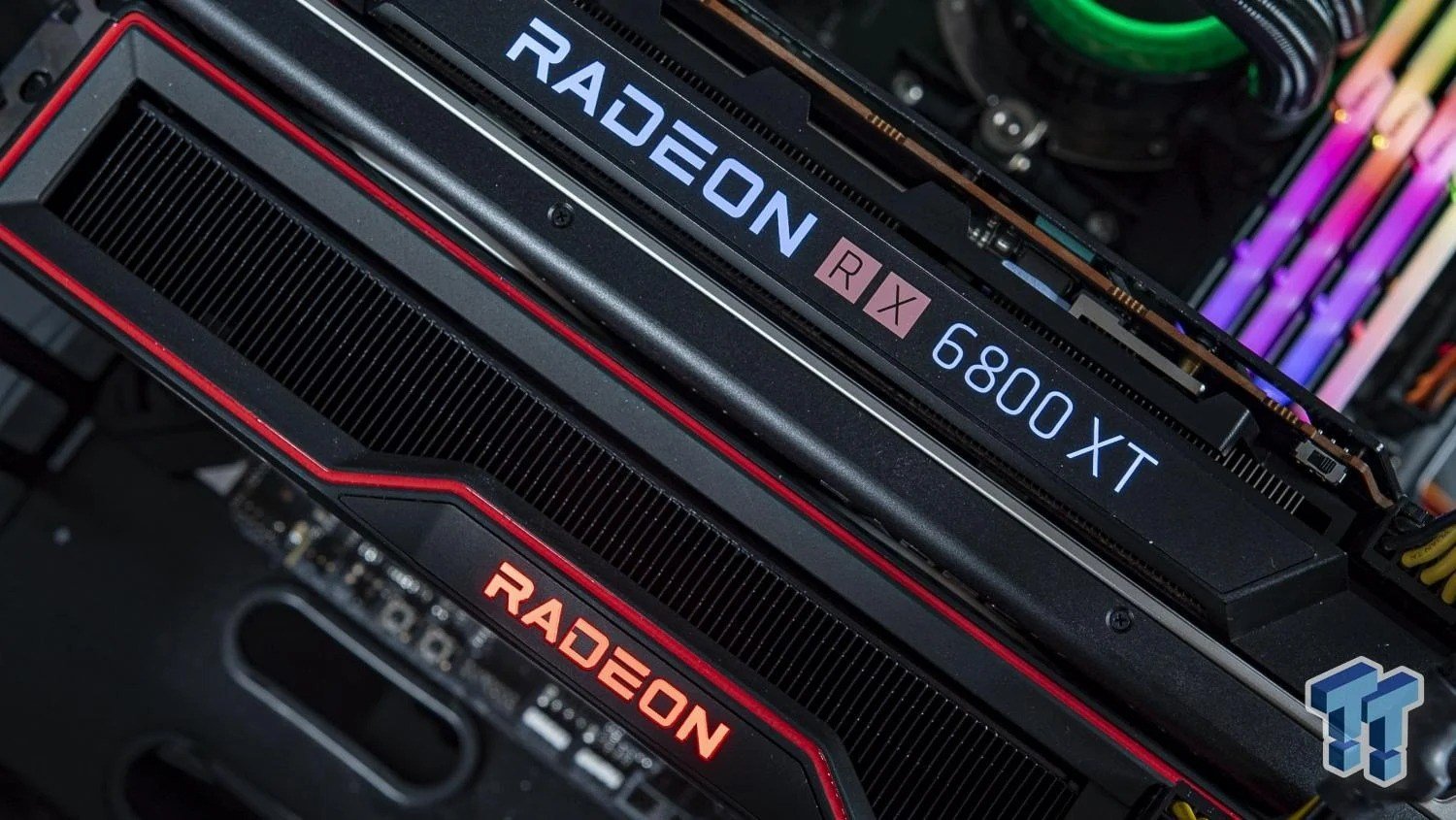 Although Crossfire and SLI technologies are a thing of the past, users can still take advantage of multiple graphics card configurations. Back in 2015, it was reported that DirectX 12 would provide support for the multi-GPU Explicit Multi-Adapter. This technology allows you to combine graphics cards from different manufacturers to work in tandem. However, it required support from the game developers, and after 5 years, almost no one uses it.

Shortly thereafter, both NVIDIA and AMD began phasing out their technologies for pooling multiple GPU resources on a single system. In the latest NVIDIA GeForce RTX 30 graphics cards, only one model supports this ability to combine via NVLink. But this is a costly video card that costs $ 1499, and few people had the opportunity to test it. At the same time, AMD recently launched a series of Radeon RX 6800 graphics cards, and two Radeon RX 6800XT devices combined will cost less than one NVIDIA flagship – about $ 1,300. A TweakTown enthusiast was able to test two Radeon RX 6800 XT graphics cards in a multi-GPU configuration using one reference model and a second partner model from XFX.

Testing was carried out on four games using three different image resolutions. These games are heavily based on AMD technology, so multi-GPU support is obvious. Multi-GPU support must be activated via Radeon software and will be visible in TechPowerUP GPU-Z software. 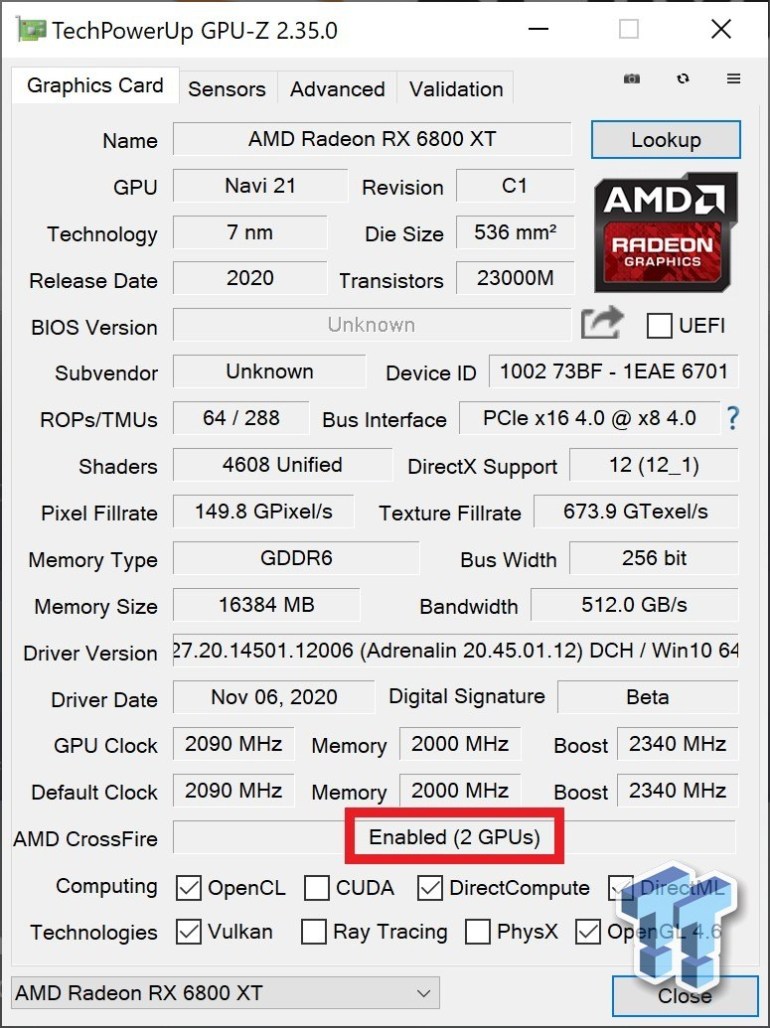 As expected, multi-GPU support makes sense with higher resolutions, as 4K performance is severely GPU-limited. Depending on game settings, when using two Radeon RX 6800 XT graphics cards, you may see performance scaling from 101% to 156% at 1080p.

When using a resolution of 1440p and two graphics cards in the Deus Ex game, the performance even drops to 95%. At the same time, Strange Brigade and Sniper Elite 4 are well optimized for multi-GPU configuration. 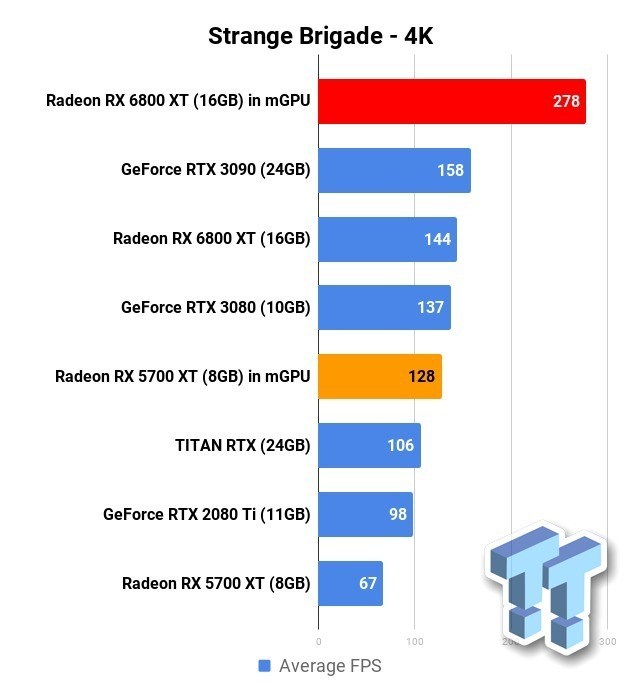 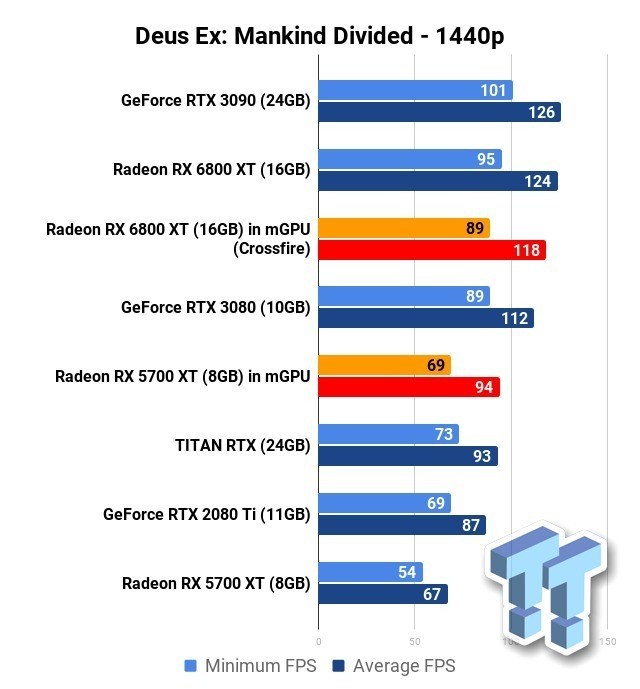