The Galaxy Buds Pro is expected to be unveiled alongside the Samsung Galaxy S21, 21 Plus and 21 Ultra smartphones, which are expected to be announced on January 14th. 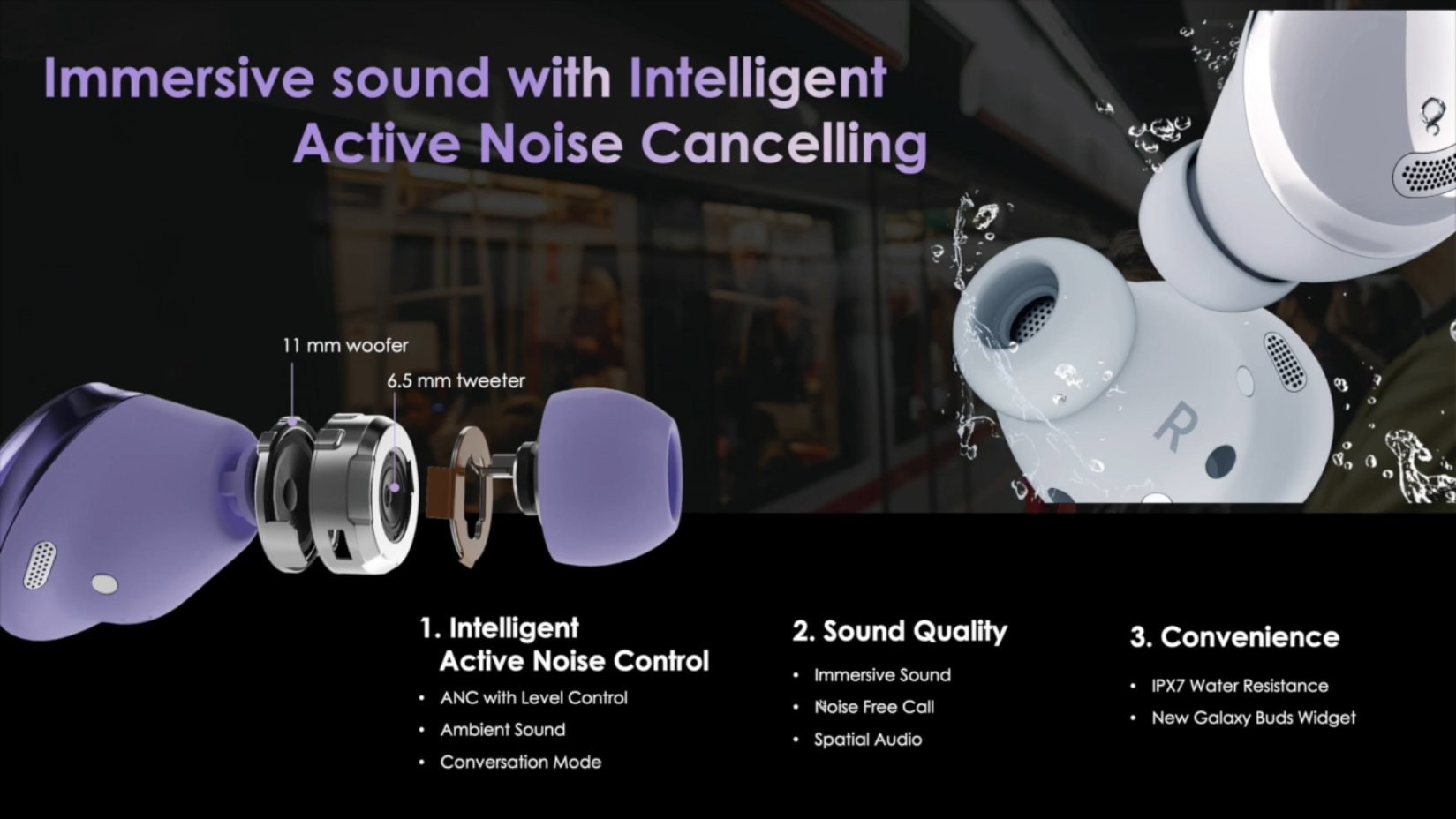 The Galaxy Buds Pro generally inherit the design of the original Galaxy Buds and Galaxy Buds +. As for the characteristics and capabilities, first of all, the new product will stand out with support for active noise cancellation, 3D audio technology using a gyroscope, and an automatic conversation recognition function with appropriate smart adjustment. Each headphone will house two speakers: a low-frequency 11 mm and a high-frequency 6.5 mm. The new product is also credited with moisture protection by the degree of IPX7 and support for simultaneous work with two devices.

In addition to the Galaxy S21 and Galaxy Buds Pro, another notable novelty from Samsung is on the way – the convertible Samsung Galaxy Chromebook 2 with the promised 12-hour autonomy and price $699. For comparison, the original model started at $ 999 and lasted about 4 hours on a single charge, compared to the manufacturer’s claimed 8 hours.